We Can Learn a Lot From St. John the Baptist

What We Can Learn From St. John the Baptist

Before we look at St. John’s life after his birth, it is good to look at what happened before he was born.

Before he was born, St. John’s father Zechariah received a message from an angel announcing John’s birth to Zechariah and his wife Elizabeth. They had longed for a child and yet did not have one. “Both were righteous in the eyes of God, observing all the commandments and ordinances of the Lord blamelessly.” (Luke 1:6)

Though they were now both “advanced in years,” they had prayed for a child. (Luke 1:7) One day as Zechariah, a priest, was in “the sanctuary of the Lord to burn incense,” the angel of the Lord appeared to him and declared, “Your wife Elizabeth will bear you a son, and you shall name him John.” (Luke 1:9 and 13)

The angel of the Lord also told Zechariah that John, “will be filled with the Holy Spirit even from his mother’s womb.” (Luke 1: 15b) “He will turn many of the children of Israel to the Lord their God. He will go before him in the spirit and power of Elijah to turn the hearts of fathers toward children and the disobedient to the understanding of the righteous, to prepare a people fit for the Lord.” (Luke 1: 16-17)

This is the call of St. John the Baptist. Not only did his mission help those in his time to be closer to God, but his words and actions recorded in the Bible still influence people today. He fulfilled his calling with humility, obedience, courage, and love. We can learn from St. John to be more humble, obedient to God, courageous for our faith, and love God and others as God calls us to.

From St. John the Baptist we can learn humility.

St. John was humble. He carried out the mission given to him before his birth. He baptized with water those who came to him and he told them about the Messiah who was to come. He did not seek any glory for himself but pointed the way to God. His was “A voice of one crying out in the desert: ‘Prepare the way of the Lord, make straight his paths.’” (Mark 1:3)

As Jesus’ public life began, John knew that his mission was almost complete: the One whom St. John paved the way for-Jesus-was now here. When people asked him about Jesus, St. John said, “You yourselves can testify that I said [that] I am not the Messiah, but that I was sent before him.” (John 3:28)

St. John knew what to do next: “He must increase; I must decrease.” (John 3:30) In humility he decreased his preaching as Christ increased.

From St. John the Baptist we can learn obedience.

When Jesus one day approached St. John to be baptized, St. John did not want to baptize him. he told Jesus, ““I need to be baptized by you, and yet you are coming to me?” Jesus said to him in reply, “Allow it now, for thus it is fitting for us to fulfill all righteousness.” Then he allowed him.” (Matthew 3:14-15) St. John was obedient to Jesus. In his humility, he did what Jesus asked of him, for he recognized Jesus as the Messiah.

Even though St. John did not want to baptize Jesus, he was obedient to Him. He knew his mission was to love and serve God, so he did what Jesus asked of Him.

From St. John the Baptist we can learn courage.

We can learn from St. John to be courageous in living out our faith and sharing it with others. He did not just share about Jesus with others, but he warned them of what was to come: judgment unless they repented. He did not sugarcoat anything, but shared the truth directly and told them what to do (be baptized and repent).

“John answered them all, saying, “I am baptizing you with water, but one mightier than I is coming. I am not worthy to loosen the thongs of his sandals. He will baptize you with the holy Spirit and fire. His winnowing fan is in his hand to clear his threshing floor and to gather the wheat into his barn, but the chaff he will burn with unquenchable fire.” Exhorting them in many other ways, he preached good news to the people. Now Herod the tetrarch, who had been censured by him because of Herodias, his brother’s wife, and because of all the evil deeds Herod had committed, added still another to these by [also] putting John in prison.” John 3:16-20)

As we can see, St. John also confronted the local leader (tetrarch) about the sinful life he was living. St. John was not afraid to share the truth with others. He was ultimately killed because of this.

His faithfulness and courage is an example to us of the faith and courage we need to have in our lives as Catholic Christians.

From St. John the Baptist we can learn love.

We can learn from St. John to love God and others as God calls us to. St. John was given a mission to fulfill: “And this is what he proclaimed: “One mightier than I is coming after me. I am not worthy to stoop and loosen the thongs of his sandals. I have baptized you with water; he will baptize you with the holy Spirit.”” (Mark 1:7-8) This is what John himself said about him mission.

He could have said, “no.” He could have turned away from God and not done the work God asked him to do, but he chose to share the good news about Jesus and preach about him.

To me, this shows a great love for God and for God’s people. From God, he received courage and strength to fulfill his mission in love.

From St. John the Baptist we can learn humility, obedience, courage, and love.

St. John the Baptist loved God and recognized Jesus’ presence when he and Jesus were each on their Mothers’ wombs. “When Elizabeth heard Mary’s greeting, the infant leaped in her womb, and Elizabeth, filled with the Holy Spirit,” (Luke 1:41)

All his life, St. John focused on fulfilliing his mission on earth. He pointed to God in his life and courageously faced death. He refused to not speak the truth, for he knew it was for the salvation of sould that he shared the message God gave him to share.

May we follow St. John’s example and be humble, obedient to God, courageous as we share our faith, and truly love God and others.

June 24 is the Feast of the Nativity of St. John the Baptist.

Mass readings for the Feast of the Nativity of St. John the Baptist

The readings for Mass are beautiful. It is interesting that there are two sets of readings: 1 set for a Vigil Mass and another set of readings for Mass during the day on St. John’s feast day. If you would like to read them, here are the links (from 2021, year B, cycle 1 for weekday Masses):

Vigil Mass for the Feast of the Nativity of St. John the Baptist

Mass for the day of the Feast of the Nativity of St. John the Baptist 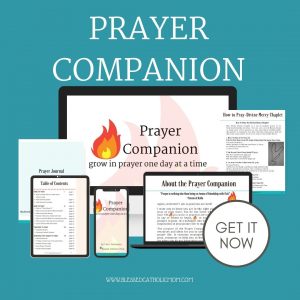 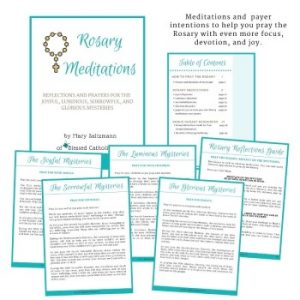 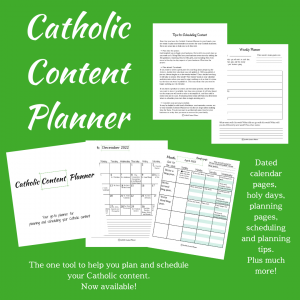 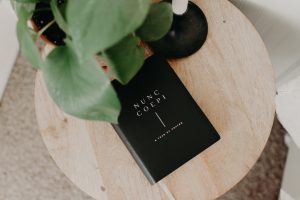 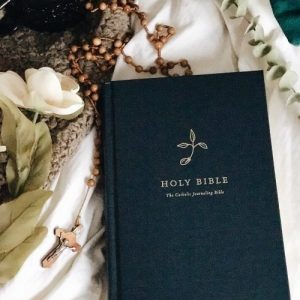 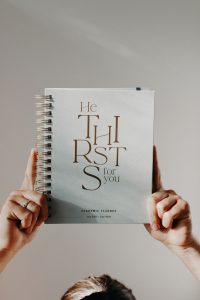 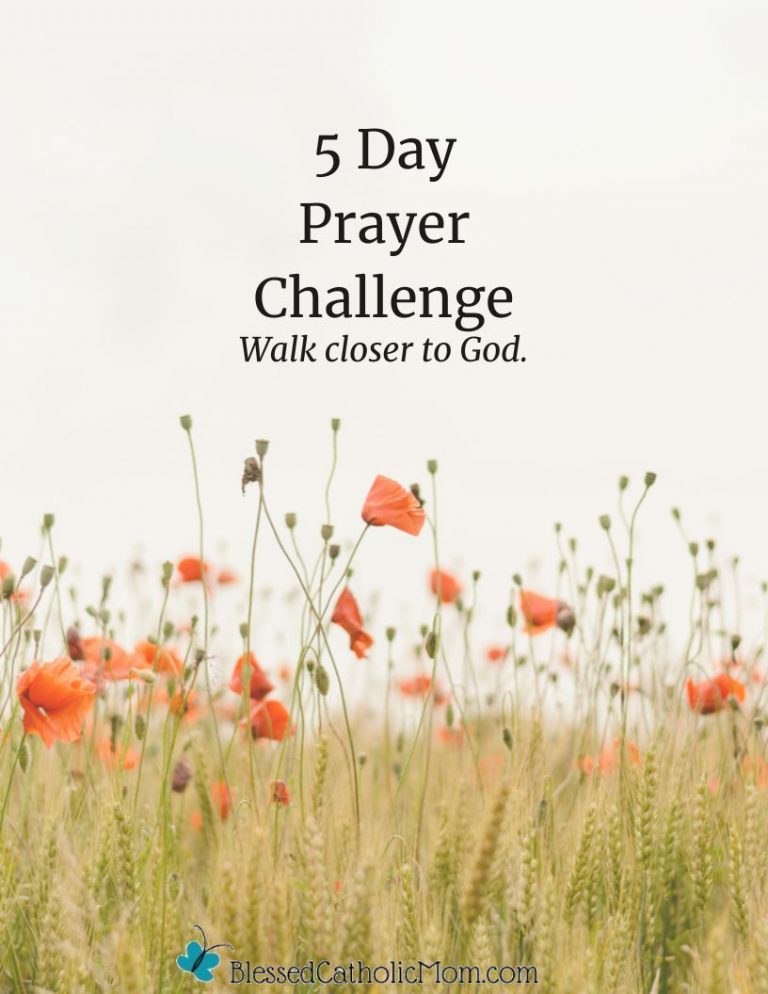 This website uses cookies to improve your experience while you navigate through the website. Out of these, the cookies that are categorized as necessary are stored on your browser as they are essential for the working of basic functionalities of the website. We also use third-party cookies that help us analyze and understand how you use this website. These cookies will be stored in your browser only with your consent. You also have the option to opt-out of these cookies. But opting out of some of these cookies may affect your browsing experience.
Necessary Always Enabled
Necessary cookies are absolutely essential for the website to function properly. These cookies ensure basic functionalities and security features of the website, anonymously.
Functional
Functional cookies help to perform certain functionalities like sharing the content of the website on social media platforms, collect feedbacks, and other third-party features.
Performance
Performance cookies are used to understand and analyze the key performance indexes of the website which helps in delivering a better user experience for the visitors.
Analytics
Analytical cookies are used to understand how visitors interact with the website. These cookies help provide information on metrics the number of visitors, bounce rate, traffic source, etc.
Advertisement
Advertisement cookies are used to provide visitors with relevant ads and marketing campaigns. These cookies track visitors across websites and collect information to provide customized ads.
Others
Other uncategorized cookies are those that are being analyzed and have not been classified into a category as yet.
SAVE & ACCEPT
Get your FREE copy: How to Make Time for Prayer as a Busy Mom.Yes, please!
+